Three discoveries from selling out to Corporate America | Andrew Stroup 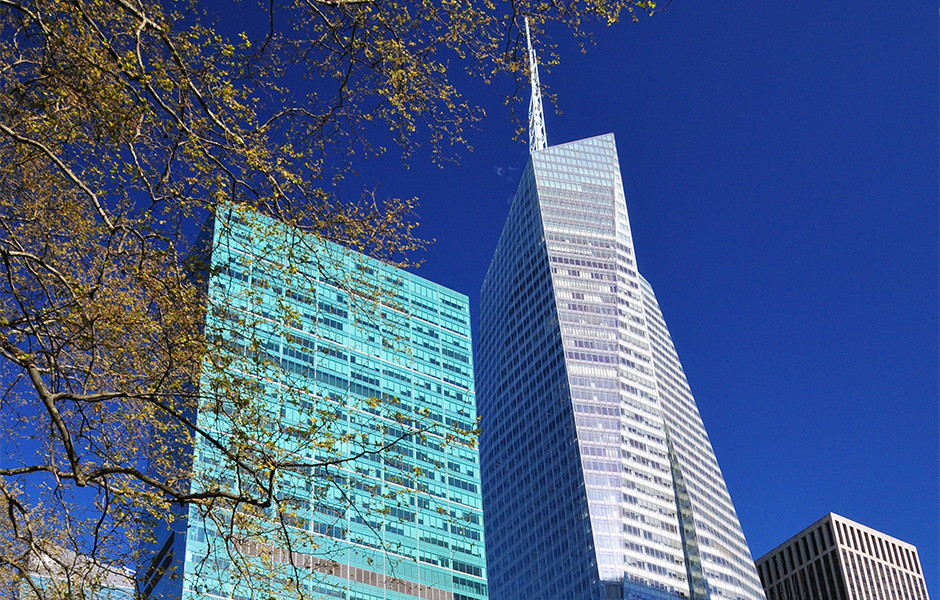 Three discoveries from selling out to Corporate America

After spending almost two years at Bank of America, I thought I’d share some insights I learned navigating one of the world’s largest financial institutions. Similarly, read about my time during the (Obama) White House: Reflecting on my Tour of Duty.

Joining corporate America was an unexpected choice after the Presidential Innovation Fellows; however, life is odd and so is the journey. My role at the bank came from sharing my professional story with a group of strangers in a bar, which resulted in a job offer (actual process was much longer) by a “suit” as he left for another event. It turned out that suit was Craig Froelich, Chief Information Security Officer at Bank of America, leading the Global Information Security (GIS) organization of 2,500 people with a triple-digit million dollar budget to protect 250,000 employees and 50 million customers around the globe.

Why did I accept the job at Bank of America? The pitch was simple. At the White House, I was personally motivated by the potential impact on America - 4.5 million government employees and 330 million customers (citizens). While Bank of America is slightly smaller, the audience, format, and expectations piqued my interest - alongside my curiosity to better understand corporate America. The role’s mission - solve hard problems in new ways - was simple and at the same time wildly challenging. From that blanketing mission statement, I chose to focus my efforts on one primary objective: bettering (tech) culture. Specifically, I focused on facilitating organizational connectivity through meaningful use cases. From standing up a centralized Product and Design Practice to tackling an API-first Design and Governance Strategy to introducing technologies like Discourse or 15Five, every deliverable was centered around this core objective.

But enough with history. What insights did I learn to take forwards into the future? Here are the top three things I discovered:

Discovery #1: They are smart(er)

Admittedly, I walked into Bank of America thinking that I could save them with my technical prowess. I WAS WRONG. In government, we partnered with government leaders and teams to deliver relatively straight forward technology that impacted millions (i.e. https://www.vote.gov, a single-page website that registered 8 million citizens in under 6 months), yet at the bank, their technological sophistication was a drastic step above.

I met some of the best executives and leaders in my professional career at the bank.

Each executive I encountered was acutely aware of emerging technology trends and the lag behind leading technology startups. This lag in adoption was often due to various external factors such as SEC regulations, financial responsibility to customers, shareholder priorities and promises to maintain “conservative growth,” and internal challenges of being and navigating one of the largest organizations in the world. This ultimately required a refactoring in how I defined success beyond the introduction of new technology - I’d have to deliver more.

I recently adopted a saying I believe to hold a lot of truth: every model is wrong, but some are useful. For better understanding people, I’ve found the CIA’s MICE (money, ideology, coercion, and ego) model for characterizing a spy’s motivation to be one of those imperfect but useful models. In government and startups, there’s a heavy bend towards ideology; however, in corporate America, the motivation shifts towards money - another discovery which required a change in my approach.

While it’s pleasant to imagine a scenario of walking into a senior executive’s office and espousing philosophical constructs that would benefit the entire bank, the honest truth is unless it directly impacts their business unit, immediate priorities, and, come February, their bonus, those pontifications die at the door.

You’ll find employees who are deeply attached to the bank’s identity and its impact on the world, but at the end of the day, the majority of the decision makers are heavily compensated on a bonus structure reliant upon delivering on near-term objectives and goals. This means competing for budget quickly aligns accordingly and everything else gets pushed down the priority list.

The third discovery I first learned in government and was quickly reminded of at the bank: while technical knowledge and execution will always be a hurdle to overcome, the real challenge has everything to do with whom and how you navigate the organization. To put it simply, PEOPLE.

The greatest challenge in a large organization is connecting with the right people over the appropriate context.

The ability to identify, engage, convince, and motivate people within and across an organization is an art and the deciding factor on whether a new initiative dies or succeeds. This requires an array of various interpersonal skills, often having very little to do with one’s technical knowledge.

There are countless additional insights I learned during my tenure at Bank of America, but I’ll save them for another time (or article) and extend the offer to you, the reader, to connect with me if you’re interested in learning more.

I’ve since left the bank to go on my next professional adventure, diving back into the startup world and starting a company called LVRG.ai (pronounced leverage). Curious about learning more or joining the LVRG.ai team? Drop me a note and let’s grab a coffee.