Startup Life, Chapter 8: What to do when your Co-Founder almost dies? | Andrew Stroup 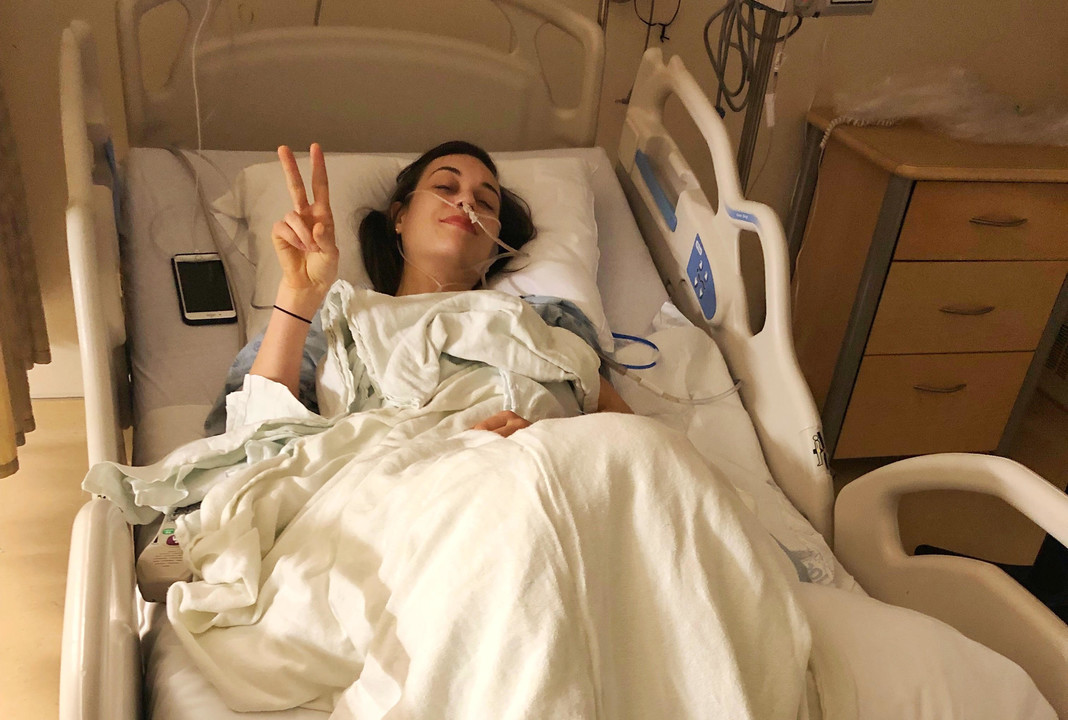 Startup Life, Chapter 8: What to do when your Co-Founder almost dies?

Something I’ve learned from this startup journey is that you’ll have to deal with unforeseen challenges that test your resolve and resiliency as a person. As an engineer, I continually strategize for as many of those scenarios as possible. My co-founder almost dying eight months into the startup was definitely NOT one of those scenarios.

Mid-February my co-founder, Shanna McEachern, was in San Francisco for meetings when I received a late night text message,

We immediately hopped on a video call, where I learned she had been in the hospital for four hours with crippling abdominal pains. Having already performed a myriad of inconclusive tests, the doctor’s were still unsure of the cause and recommended a CT scan as a last resort before dismissal (making “no promise” it would lend an answer).

What you should know is at that time (and for the only three weeks of her entire life) Shanna was uninsured due to delays in paperwork as she transitioned to LVRG full-time, meaning these medical expenses were going to be out of pocket. Tempted to leave the hospital and see if she would get better, my response was simple: “Your pain was a 9 out of 10 when you walked in, it’s a 6 on Schedule 1 drugs, it’s not getting better. Get the CT scan, you’re going to get surgery, we’ll figure out the rest later.”

She ended up getting the CT scan and the doctor returned, offering only two options:

The pain was due to volvulus (twisting of the large intestine), an escalating and life-threatening issue that cuts off circulation, risks severe internal bleeding, and has to be resolved immediately. Obviously choosing the first option, Shanna was immediately prepped for surgery where they removed half a foot of large intestine and the appendix. The part that we deferred to address was the $60k+ medical bill from the hospital that would be waiting for her on the other side of the surgery.

While all of this was taking place, LVRG initiatives were - of course - progressing at the usual lightning startup pace. Yet with half of the founding team out of commission, I was faced with both an understandable amount of stress and a notable growth opportunity: managing Shanna’s medical situation as a friend vs CEO.

As a friend, the decision was simple: support her any way possible. This included multiple daily check-ins, supporting her GoFundMe, and generally making sure she was best poised to properly recover. As CEO, it was more complex. We were an early-stage startup that recently closed a size-able round and in the formative days of building the company. The fundraising also meant the company was held accountable to our investors, to include individuals like Mark Cuban.

On one end of the spectrum, I considered what it would mean for the company to pay Shanna’s medical expenses; however, the total amount was more than the entire company’s monthly burn - and that felt fiscally irresponsible. On the other end of the spectrum, there exists some timeframe in which having a non-functional core team member on payroll becomes unsustainable. To say the least, this was not a black and white decision.

After consulting with close mentors and advisors and wrestling with the options and impacts, I ultimately returned to the fundamental reasons why this company was formed, which is rooted in the collectively established company values.

Something I persistently speak to is how life is too short to work with people you don’t enjoy spending time with. Starting a company, you have significantly more control of who you work with, whether it’s your team, investors, or customers.

At the end of the day, when it’s all said and done, it’s about the people in your life and stories you share with them.

With those values in mind, making sure Shanna recovered was priority #1. Beyond that, it was ensuring LVRG activities still progressed, even if that meant stretching myself thin, as well as updating our investors of the situation and what actions the company was going to take. Once Shanna was safely in the hospital’s recovery care, I wrote an email to our investors explaining the situation and reiterating our core team values. The responses were a reminder of just how supportive our investors are of LVRG and the team.

The GoFundMe campaign exceeded expectations thanks to our investors, family, friends, and our wider network. The Mark Cuban Foundation made a tremendously generous donation. Combined with the personal contributions from both Shanna and myself, the medical bills were resolved. Alleviated of financial stress, Shanna recovered as she should: in both physical and mental rest. Two short weeks after surgery, Shanna sprung back into action - defying the 2-month recovery time estimated by the doctors. Lighter and more determined than ever, her recovery speaks to her amazing resilience and grit as a human. 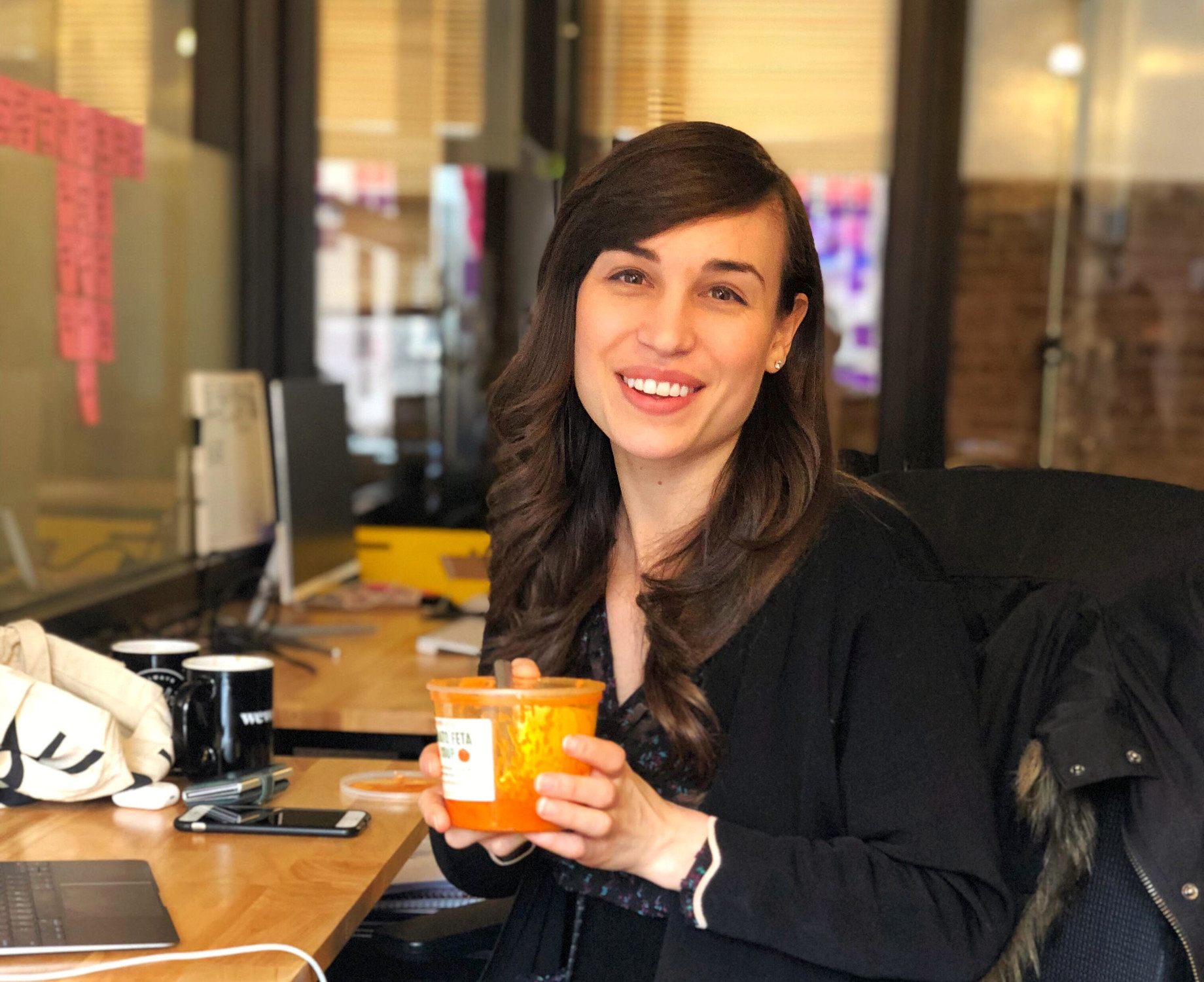 Life is a crazy ride and the future uncertain, but I’ve learned the journey can be extremely enjoyable or ridiculously painful by simply who’s along for the ride. I’m extremely fortunate to have Shanna, our team, customers, and investors be part of LVRG’s journey as we continue to drive forward. Thank you to everyone who supported us during the past few weeks. Between the two of us, we’ve learned invaluable lessons on leadership, friendship, and the interconnectedness of mental and physical well-being. And now, onward and upward!