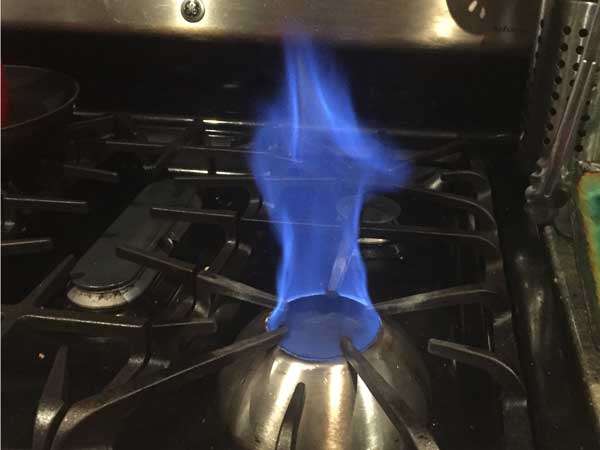 DIY Wok Burner in an Hour

Sometimes in life you come across products that seem simple, but behind the curtain they’re really complex. Other times they are really that simple. Last night was an example of the latter, where being presented with a problem and a potential product, it was simply easier to build vs buy.

My housemate and I were sitting in our kitchen eating and catching up when he mentioned he was looking into a product that would convert one of our burners into a high power flame for wok cooking. He then showed me a website of someone creating a product to solve this problem called WokMon.

After quickly perusing the website (specifically the News section), the product was crowd-funded (Crowdzu.com) back in the Summer of 2014. A year and a half later, there has been no deliverable product to its backers or any additional pre-orders. Additionally, at the cost of $79.95, the product was an overpriced piece of kitchenware. This is where a little engineering training and elbow grease comes in.

Being a little brash and opinionated in the comfort of my own home, my first comment regarding the WokMon was ‘We could totally build this shit in an hour.’ I then explained it’s a simple nozzle design (thank you OSU Aerospace Engineering degree), which didn’t require super precise calculations on the design. All we’d need is a convex (dome) shape made out of a material that could handle the heat.

You know what meets those requirements? A stainless steel cooking bowl.

Turn the right sized cooking bowl upside down, plasma cut the top and bottom, and call it a day. Obviously being a good engineer I did a quick spot check and looked up the material properties of stainless steel (aka googled ‘stainless steel temperature limit’), which returned 1700-2100F depending on the grade. This told me that a cooking bowl was ‘good enough’ and I could crank one out in an hour.

Following the build and break shit fast approach, we decided to make one that night, a 9PM game time decision. Fortunately, there was a 24-hour TechShop nearby (forgive me makerspace community) and a Bed, Bath and Beyond open until 10PM.

Before heading out we took a quick measurement of our range, which were the following dimensions:

With those measurements, we headed to the Bed, Bath and Beyond and found a cheap (and surprisingly thick, 0.0625”) stainless steel 1.5L mixing bowl, which had a radius slightly larger than 6”. Being convinced it was once again ‘good enough,’ we grabbed two (I always bet I screw up the first one) and headed to TechShop.

On the way there, my housemate asked why this design would work. Engineering!!! In simple terms, if you think of the flame consisting of very small, vibrating balls (gas molecules), they become compressed as the area becomes smaller moving towards the end of the nozzle. Those balls now occupy less space which means they’re hitting each other and the wall more frequently creating friction (HEAT). This leads to a hotter flame, which achieves the goal for wok cooking.

Side note: I admittedly have never worked in a TechShop even though I’ve co-founded the Baltimore Foundery and have worked out of Artisan’s Asylum when building the first iteration of the MegaBots’ Mark I prototype. This has been mainly out of disinterest as they are a for-profit company that leverages the city/local companies to fund the first few years of the installation (to buy shiny, new equipment) and has issues demonstrably showing sustainability after those funded years. With that said, it was the only makerspace open (and really around the DC area) that had a plasma cutter. SOLD!

We arrive to a very empty TechShop, which was expected since it’s: 1) in Crystal City and 2) 10PM on a Friday night. We talk to the front desk, which consisted of the ‘usual’ makerspace staff that had a slight sarcastic, condescending air to them, but would help regardless. After the waivers were signed and we paid WAY too much to get in the door, we were directed to the machine shop/welding bays.

Another side note: You may be asking yourself, why doesn’t this ‘engineer’ just turn the stainless steel bowl down on a lathe. Good question! Short answer, I tried. However, TechShop (cleverly) holds the key chucks and wouldn’t let me use them because I didn’t take the mandatory ‘intro’ training class. Like any good maker, I obviously tried to negotiate this, attempting to show evidence of my competency to no avail. Neither staff member could ‘validate’ my skills nor approve me, only enforce the rules for safety reasons BUT apparently a plasma cutter was cool for me to use without training soooo … plasma cutter it was! 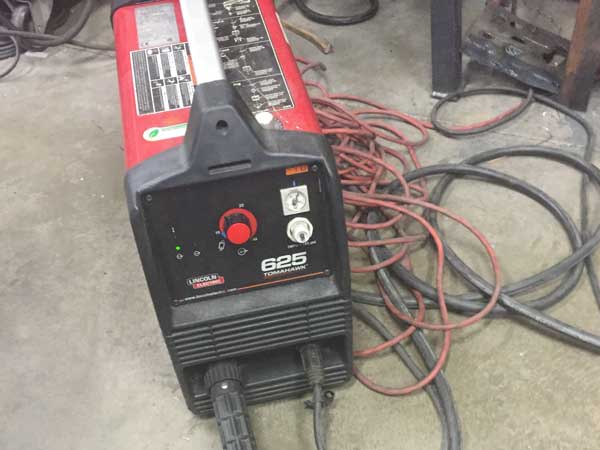 We took a look at the bowl and realized it was quite tall. One concern we discussed was the convex shape and whether it was sufficient to achieve the burn we wanted. Applying the Tom Johnson TLAR (that looks about right) methodology, we decided it was good enough for the first iteration. There was obviously room to improve and optimize but tonight was about proof of concept over design efficiency (thank you The Big Brain Theory for teaching me this one).

The second item was the radius of the nozzle outlet. Before purchasing the bowls, we decided going in about 1/8” of an inch would be a good starting point. Fortunately for us, the bowl’s flat bottom was an amazing 4.25”, SOLD!!!

At this point, all it came down to was some nimble plasma cutting to remove the base and then move down a little under 2 1/4” and cut the rest of the bowl away. Honestly, the majority of the time was spent removing the draws from the plasma cut (which wouldn’t have been a factor if I could have turned it down on the lathe, but alas). 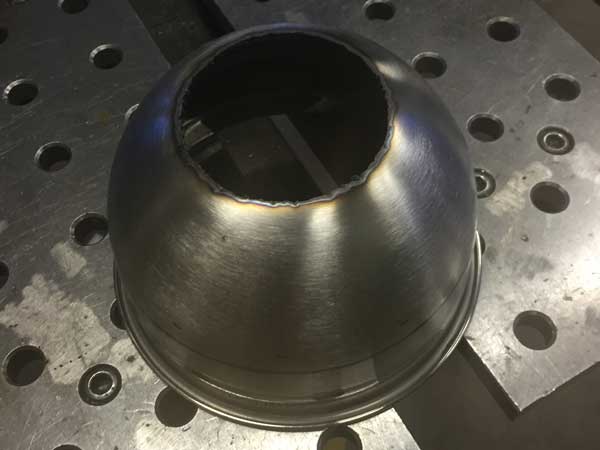 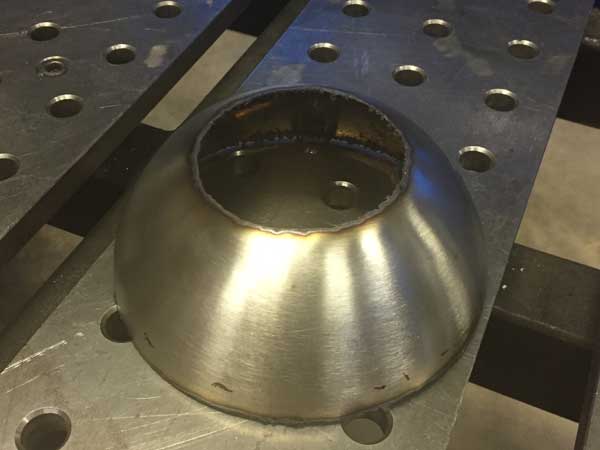 After wrapping up by 11:15PM, we headed home and tested out our new wok burner and F’ing A Cotton, it was glorious. This … is … engineering!!! (insert best Sparta voice here)

I write this now while eating some amazing stir fry thanks to the housemate. This project is a simple example of what talking less and doing more will get you after you make the decision to build vs buy.

Parable of the day: Give a man stir fry and you feed him for a day; build a man a work converter to appropriately heat his food and he’ll cook you stir fry for free.